The Dangers of Thermal Burns at Workplace: How to Protect Yourself Legally ? 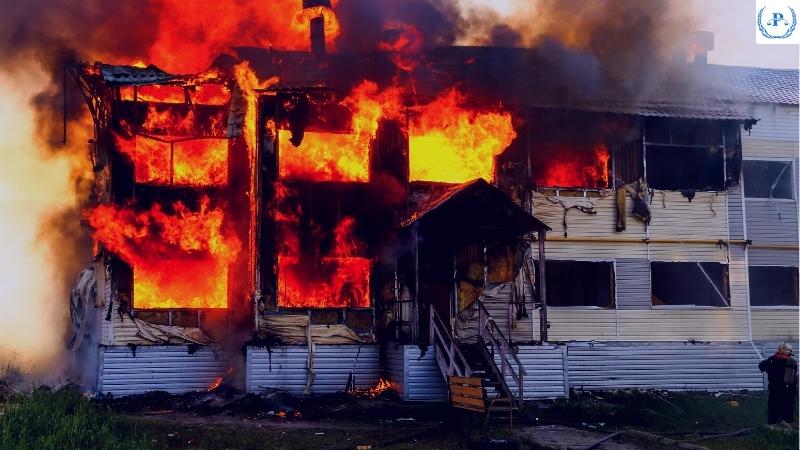 Most people are unaware of the dangers posed by thermal burn injury at the workplace. These types of burn injury can occur in a variety of industries, but are particularly common in the construction, manufacturing, and automotive industries. In fact, thermal burn injuries are the leading cause of occupational mortality in the United States. Despite their prevalence, many workers do not take the required actions to protect themselves from these work injuries.
In this blog post, we will discuss some of the most common causes of thermal burn injuries at workplace, as well as how to protect oneself legally.

What are Thermal Burns?

Thermal burns are a type of burn that is caused by exposure to extreme heat. Thermal burns can be caused by fires, explosions, or contact with hot objects or liquids. Thermal burns usually get classified as first-degree, second-degree, or third-degree burns.

According to the Bureau of Labour, around 2 Million nonfatal occupational burns got treated in EDs between 1999 and 2008. Over ten years, the number and rate of burns decreased by about 40%.

Physical and psychological consequences from burns can affect daily function, including the ability to return to employment. According to reports, only 37% returned to the same job without accommodations after 24 months, regardless of whether they were work-related. People burned at work have a higher chance of becoming unemployed one year after the accident than people injured at home. It’s challenging to return to work after an industrial burn because of pain, neurological issues, behavioral issues, and reduced mobility.

Burn Injuries to the hands and fingers are the most prevalent, followed by burns to the eyes, lower arm and wrist, face, and lower leg or foot.

In 2008, liquid, grease, or steam-related burns accounted for one-third of all burns. Younger workers, ages 15–24, accounted for about one-third of all scald burns. Scald burns occur on the hand and fingers (37%) and the lower arm and wrist (25 percent ). Forty-four percent of scald burns get caused by food ingredients such as hot fat and cooking oil.Occupational burn injuries, despite reported decreases, remain a major workplace safety problem. Severe burns can result in costly medical care and long-term physical and psychological consequences.

What Should You Do If You Get a Thermal Burn at Work?

If you have a thermal burn injury at work, you should get medical help. Once you have been seen by a doctor and have any necessary treatment, the next step is to report the injury to your employer. This should be done as soon as possible, any unaccounted delay in reporting your injury to your supervisor can have a negative impact on your claim or lawsuit.

Your employer is required to keep a record of all workplace injuries, so it is important to report the injury as soon as possible.You should gather as much information about the occurrence as possible, such as what caused it and who was involved. If you decide to make a workers’ compensation claim, this information will be helpful. You may learn more about submitting a Burn Injury Workers’ Compensation Claim by clicking here.

It is critical to obtain legal assistance if you have sustained thermal burn damage. We can assist you in filing a thermal burn injury claim at Pistiolas Law. We’ll work hard to get you the money you deserve. For a free consultation, call 844-414-1768 today.